2022. Is it finally time for the mature female gaze? 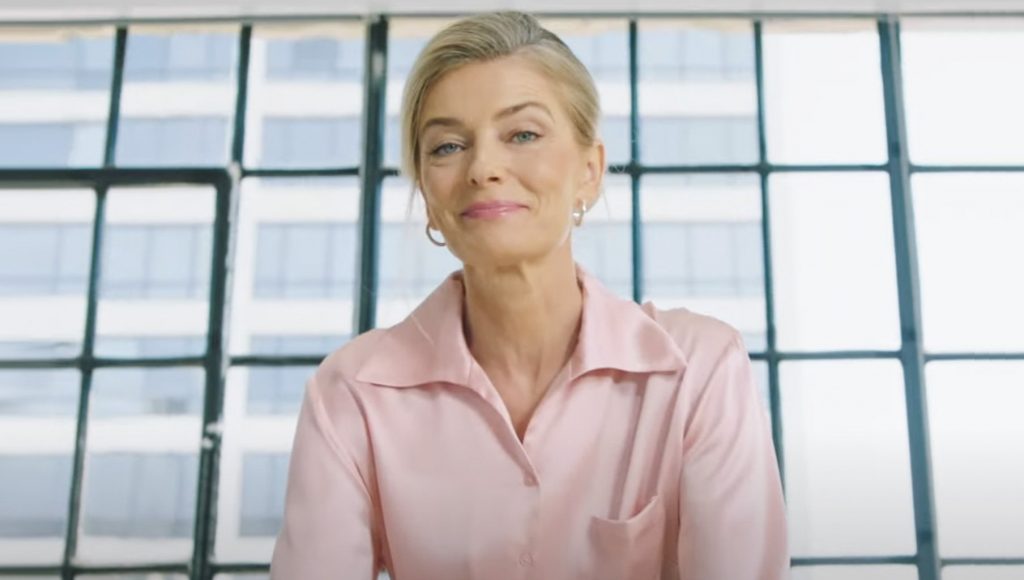 2022. Is it finally time for the mature female gaze?

There’s been a lot of talk about ageism and the representation of older women in advertising this year. But has there been any action?

I put the call out to the amazing women of Visible Start to find great examples of positive representation of midlife women this year. Two weeks of searching by 50 women and all we had was a spreadsheet filled mostly with blanks. When midlife women did appear they were either mothers, grandmothers, white haired supermodels, in a montage, completely alone or the butt of a joke.

Thank God for Grace Jones, at least the coolest of us got her 30 seconds in the spotlight.

Especially when the ad being hailed as a breakthrough in ageism for Saga was hands down the most misogynistic and dangerous depiction of a midlife woman we saw all year.

Did you spot Sandy? That’s what I like to call her. I imagine she was a talented artist who was the talk of the town in the eighties who watched all the great opportunities be given to lesser talented white male artists. Now she works part time in a gallery to keep a roof over her head and grumbles every time a silver-haired wanker waltzes in pretending to be interested in art to pick up young women.

Of course this ad was written and directed by a group of men.

We were at the point of despair. It’s been a strange year. Channel 4 held their annual diversity prize giving away a million pounds worth of media for an ad that combats ageism. For the last couple of years we have been building relationships with agencies to let them know we have a network of the greatest female creatives of our generation and if they want to reach this precious demographic to give us a call.

With a million pounds worth of media on the line the agencies without a single woman over 45 on their team Zoomed in.

The first agency wanted to know what we thought of their menopause commercial and for a tiny budget could we give them some of the language menopausal women use for their social media.

For a start, menopause is not an agesim issue – it’s a woman’s issue (can hit anywhere from late teens to late sixties). One in four women suffer badly from it. Half of us have much bigger problems…

A few days before the deadline a finance company asked us to make their ad about micro-aggressions more believable. Micro-aggressions? From a pension provider? When women over 50 have 50% of the pension savings of men? We don’t need ads about the small stuff we need fucking major-aggressions!

We won’t see the final ads from the competition until they air and I sincerely hope there is some amazing work coming in 2022.

But I suspect they’ll be softballs.

In 2019 Bauer media Australia conducted research amongst women 45-70 and concluded: “These women have been ignored by brands and advertisers for so long they no longer give a shit what you have to say.”

A Sunday afternoon knock about isn’t going to cut through for the women of the Borg McEnroe generation. We need comms that are on the line.

Montages and testimonials will barely raise an eyebrow – we know who we are. And we know what we know – do you? Because even if you do, to grab these women’s attention you also have to know what we don’t know.

We want to build our own image, not some idealised version of us dreamt up by men or creatives the same age as our kids. I tell you, the woman my gen z daughters would describe is a million light years from the woman my best friend would tell you about. And we all know who’s got the better stories!

Then two Goddesses showed up to save the day.

Geena Davis dropped her ‘Women over 50. The right to be seen on screen’ initiative with a research report that blew our tinpot little spreadsheet out of the water. Phew! Google doc begone!

Women Over 50: The Right to be Seen on Screen

Then Paulina Porizkova served an ace!

So have midlife women made headway this year? Well, at the very least, the very coolest and the most naturally beautiful of us are visible.

Next year let’s see the most remarkable of us not only in front of the camera but at every stage of the process. Because simply showing our faces isn’t going to solve the problems of ageism  – employing us will.