Adah Parris is on a mission to bring the futuristic and the ancient into the here and now.

This life-long geek had an epiphany when she met a cyborg (yes, you did read that right). She quickly recognised that his experience of enhanced reality from the device hard-wired to his body was similar to the visions mysticists have accessed via nature for centuries.

The cyborg shaman was born.

And it was a long labour. Adah was born to hard-working parents, her Nigerian father was a sheet metal worker, and her Guyanese mother was one of the first two black nurses at Glasgow Royal Infirmary. When her mother was given the job she was warned if she didn’t perform there would never be another black nurse at the hospital.

“My mother taught me that my greatest responsibility is to always be honest with myself about who I am, because that freedom will enable me to strive to be the best that I can be”

And her mother gave her every opportunity to live up to her potential. She visited galleries and forests. Did ballet, swimming, and brass rubbing. She attended Saturday school, had tutors, and no week was complete without a visit to the library.

Adah grew up wanting to be an astronaut. And a Hot Gossip dancer.

In a strange kind of way that’s what she is today.

When she was announced as one of the top 100 BAME Leaders in Tech, they described her as a tech philosopher.

She also makes a mean headdress. 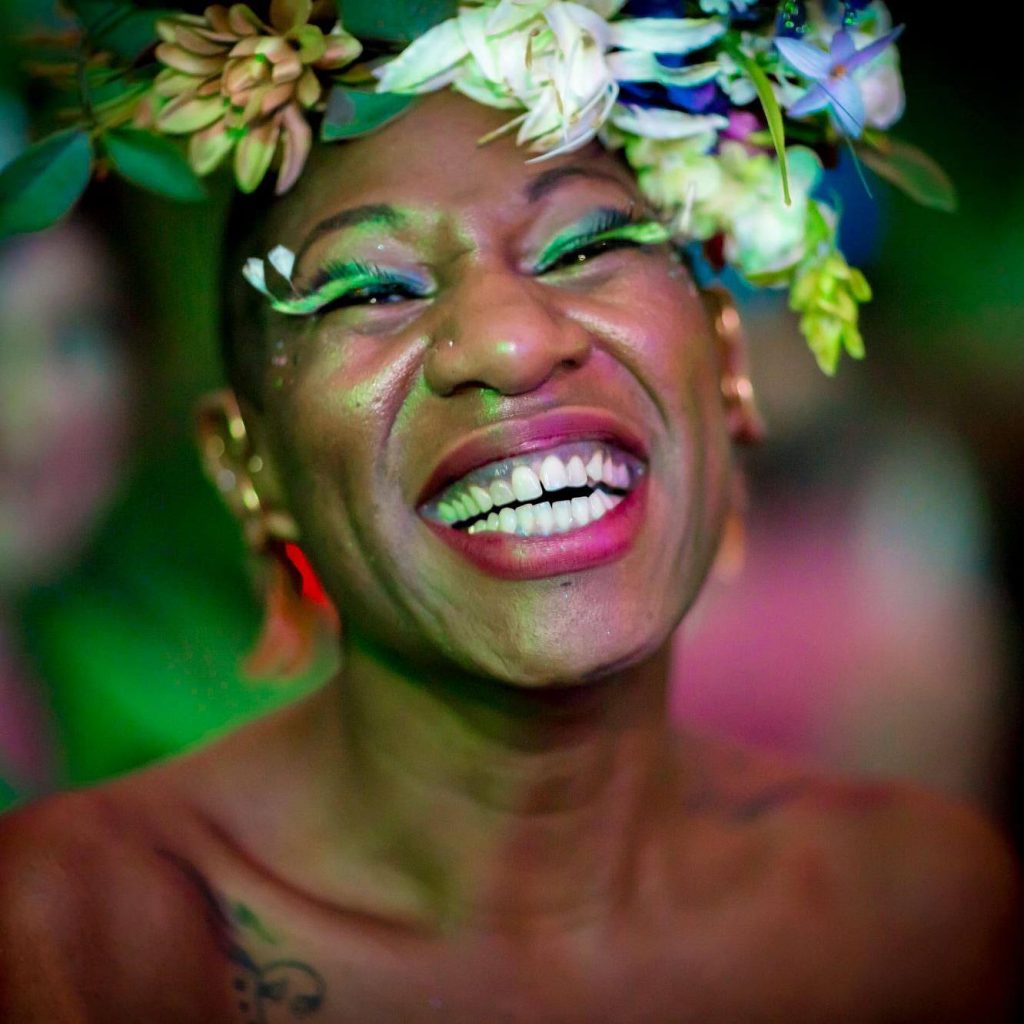 It took a lot of years, experience and hard work for Adah to finally work out what were her expectations for herself and what were society’s projections.

But it was an unexpected road trip that brought out the dancer in her.

She travelled across America with a woman she’d met online through work to take advantage of last minute tickets to Burning Man.

​She came home a new woman.

There are ten principles on which Burning Man are built. Two of them changed Adah’s life:

The next road led her to tech world of Silicon Roundabout and the surrounding tech hubs of London. Her logical and highly-educated brain easily understood the concepts, possibilities, and mechanics of technologies that will change the world.

She also brought her newly-acquired grounding in humanity and her innate ability to explore the possibilities of how technology can enhance our natural evolution through her practice of ancient techniques of introspection and revelation.

​In a world where people can get caught up in noughts and zeros, Adah brings her love of people, patterns, and story to create narratives that allow humans to build and use technology in a way that represents and will benefit everyone, especially the ‘othered’.

​She works with people and organisations to build ‘human blockchains’, more decentralised ecosystems, communities, and cultures of trust and transparency.

​But when you ask this highly acclaimed futurist what the future holds for her, she smiles and winks and says, “Wait and see!”