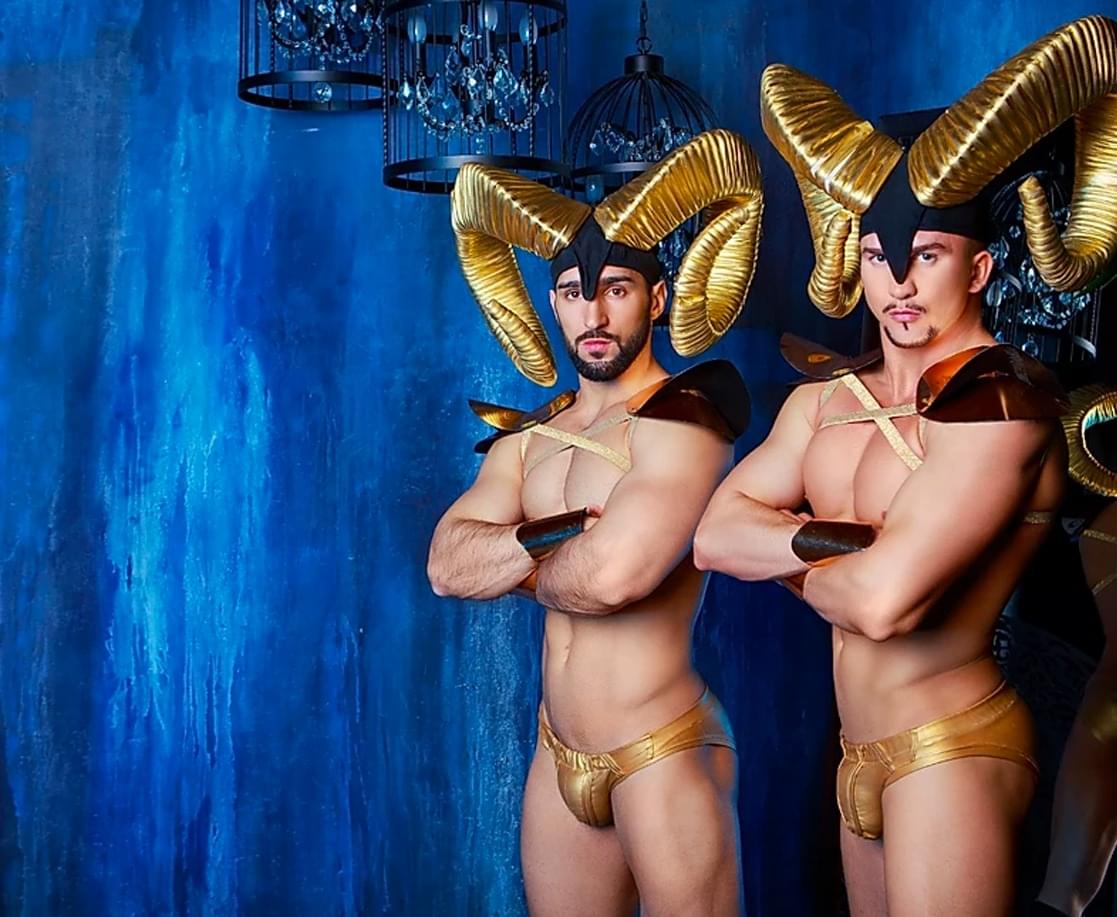 It must be terrifying for every creative who’s lost their job or is worried they’re about to. But if I’ve learned anything from being in the creative game for almost 40 years, it’s that there never has been and never will be job security. You have to keep fighting for the work you love. And you have to constantly evolve to remain relevant.

And the big dogs who worshipped at the feet of gold lions are now totally irrelevant – they don’t even have the entry fees anymore.

I hope they’re the first to go because they have made mistakes of biblical proportions.

I have studied Kaballah for many years, and the first time I entered a synagogue the feminist in me was appalled that I had to sit on another side from the men. My teacher saw my radical discomfort and explained that we sat separately so we could send our energy to the men for their sin of the golden calf. Turns out when the blokes got impatient waiting for Moses to mosey on down from Mount Sinai with G-d’s commandments, they decided to do the whole ‘idol’ thing themselves. When they asked us women to donate their jewellery to cast their graven image we – quite rightly– said: “Fuck off, we’ll wait for the real deal, thanks.”

If 2020 isn’t the real deal, I don’t know what is. In the entire history of advertising there has never been a more important time, and the message from the mountain top is clear:

We are a fucking business

Re-building the economy has to be our number one priority. If our industry continues to ignore the most powerful consumer group on the planet we will get absolutely nowhere. The majority of our audience is women and the biggest spenders are in their midlife: they always have been. And they always will be — until 70% of men evolve to become fully functioning human beings and gain equality in chores and household shopping — women will dominate the consumer spending index. That’s the shit whole economies rely on. It’s essential that the female front line troops on the road to recovery are well fed and ready for battle! And that means both the women you are selling to and the women you employ to sell to them.

We have the loudest voice

Don’t like the way the world’s being divided? Don’t sell it. Brands shouldn’t care about left or right, they should care about right and wrong. You know your customers, you have the data: use it to send the selling messages they are craving, not spout bullshit. We need to be spreading the word that everything’s going to be alright and doing things that ensure it will be. And don’t worry about making your billionaire owners and investors happy, keeping them in business will do that. After a couple of months of isolation we’re walking into a very different room. Read it.

You’re all scrambling about trying to justify your vanilla diversity and inclusion initiatives. Yet you don’t see the irony of asking your black employees to shoulder the workload of explaining and eradicating institutionalised racism like lords and overseers? Our black friends are exhausted. The answer is simple: if you want to connect to the black community, brief and pay the black creative community.

Budgets will be cut

But corners don’t have to be. Our industry is going to get smaller but if we start working in tight autonomous teams of people who know their shit it doesn’t need to be less profitable. The new ‘brand purpose’ will be price cuts and employee wages, not massive media spends and extravagant commercials. Putting as much money in the people’s hands is the only way to get an economy back on its feet. If we want our share, creativity must become our most important asset again. After all, it’s all we have to sell in this market.

We’re not going to get the economy rolling if the people who are pushing can’t keep a roof over their heads. Freelancers need to be paid with the same regularity as your employees. Pro Tip: If you want to keep your creative edge, the best ones only work with (at least) 50% upfront!

Women with young children have really struggled with isolation as this fantastic article by Nicola Kemp perfectly illustrates. This is when working in small autonomous teams becomes essential. Smaller teams work out the hours that work best for them. At Uninvisibility, we find holding our zoom calls with a glass of wine at 9pm on a Thursday night is the perfect time to plot world domination.

Things will go a lot faster

The other day I saw a tweet about an asteroid perilously close to the earth and the caption read Thank God! It’s all moving so quickly that the research is out of date before it’s even released and long-term brand plans are now redundant. This isn’t a time to lean on yesterday’s musings, it’s time to illuminate a new way ahead. As this brilliant black poet says:

We will not go back to normal.
Normal never was. Our pre-corona existence was not normal other than we normalised greed, iniquity, exhaustion, depletion, extraction, disconnection, confusion, rage, hoarding, hate and lack. We should not long to return, my friends. We are being given a chance to stitch a new garment. One that fits all of humanity and nature.
Sonya Renee Taylor


If as a creative you’ve read all this and are still scared, you have to ask yourself, If I can’t handle a shakeup like this, am I in the right industry? Because at times like these when there doesn’t appear to be a place for you, you have to damned well create one.

Uninvisibility represents the best female creatives and strategists of our generation. We are ready to help brands, agencies and media companies to profit from this whole sorry mess.