Another week without any grown ups in the room

Last week was great for older women, there were mature women on television, radio and the press in unprecedented numbers. It was menopause week. Older women got a flush of publicity.

Then it was over.

But not like in real life. Where most women get to the other side of the midlife rewire and reboot and find themselves filled with new energy, new ideas, and half a life to live.

Post-menopause week, a young woman in the media tried to imagine a life free of blood and hormones. And although she meant well, she conjured up the stereotypical image of us on long country walks wearing swishy cardigans. And she somehow hoped her own career wouldn’t end at the stroke of midnight (50).

We spent the week with women whose careers are so dead we’re starting up businesses on credit cards or housing benefits. Working our arses off with nothing more than belief in ourselves, our mastery, and our ability to get shit done.

We’re fighting hard, beating our chests (yes, you can do that after menopause) and we’re hustling harder than Van McCoy.

Many of us are doing all this while raising kids, looking after ageing parents, or taking on mediocre jobs to keep a roof over our heads. And some of us are doing it all with dodgy knees.

But in a world where young marketing people only see us in research reports. We’re standing up.

We have to. They have absolutely no idea who we really are. 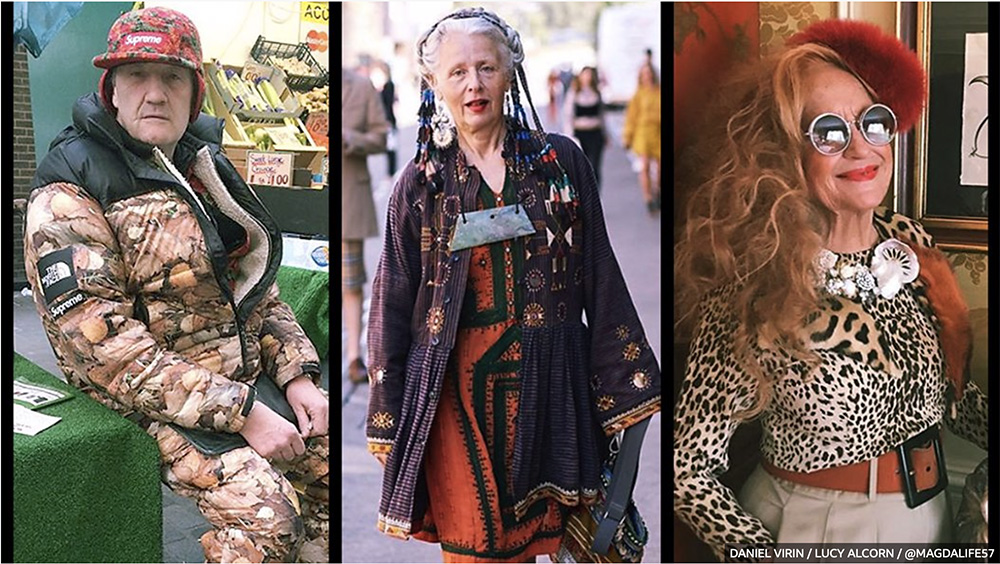 Images that make us pee our Tena pads.

We know what style is:

Before leaving the house, a lady should look in the mirror and remove one accessory.
Coco Chanel

Enough of the Iris Apfel imitators – take off ten accessories!

Or take it all off! Another group of people, with banks of research but no real-life experience past 50, put out a PR campaign that says (surprise, surprise), older people are having sex!

And its kinkier than they imagined.

They think it’s because we have more time on our hands.

Nah, we’re just trying something new like we have since we were teens.

But it’s not just sex, beauty and fashion they get so wrong.

The young women at Stylist Magazine decided it was their duty to apologise for all the patriarchal bankers who have fucked us over on behalf of Nat West.

Don’t show us fake contrition. Show us the fucking money!

And if you genuinely want to make all women more financially savvy, employ them at every level of your business.

Seriously, we’re nowhere near as hard to find as you imagine.

We’re in your city in full battle dress!