Be a bit more boasty

The hit tune of this summer is a highly contagious mix of house, dancehall, grime, and afro beats.

It doesn’t just mix genres, it mixes mastery and time.

Wiley, the 40-year-old Godfather of Grime calls on the Dancehall styling of 46-year-old Sean Paul, the sublime rhyming of 27-year-old Stefflon Don, and the sartorial elegance and passion of the surprisingly accomplished DJ – 47-year-old Idris Elba.

Other industries could learn a lot from the music biz. Advertising, media, and tech throw highly-experienced creatives on the scrap heap. Then constantly try to reinvent the new.

Which is a waste when there’s a lot of life left in the generation who refuse to get old before we die.

Everyone marvels at Keith Richards’ longevity, but there’s even more astonishing things happening in the ageless world of modern music.

The crowd were Rick Rock’n’ Rolled at the Isle of Wight Festival this weekend when Mr. Astley, 53, wowed them with his rendition of Highway to Hell.

Billy Ray Cyrus, 57, regained his ‘cool’ when he heard Lil Nas X’s Old Town Road had been excluded from the country music chart for not having enough country elements. It shot to the top of every chart when he added a verse.

However, it doesn’t always work both ways. We had to laugh when Kanye West released a song with Paul McCartney and his fans thought Yeezee was a god for giving a boost to some old guy’s career.

And even though Madonna tries hard to remain relevant, and we so want to support her. Her attempts appear to be half-arsed (especially the new arse). The woman who’s constantly reinvented herself and should be pioneering appears to be following. She’s become a victim of fashion. Maybe it’s hard for a woman who’s always had her ‘couldn’t-give-a-fuckery’ to discover the power it wields at 60. But her protestations of ageism seem hollow when on the surface she appears to be anti-ageing herself. And she can release a track with the latest latino sensation, but real collaboration isn’t something that can be orchestrated by a management team.

It’s built on real relationships, relationships that take on an almost magical air when weaved with the fabric of time. In 1979 a fifteen-year-old girl lived in a squat in Battersea with Ari Up from the Slits.

Forty years later she’s got quite a summer ahead of her: 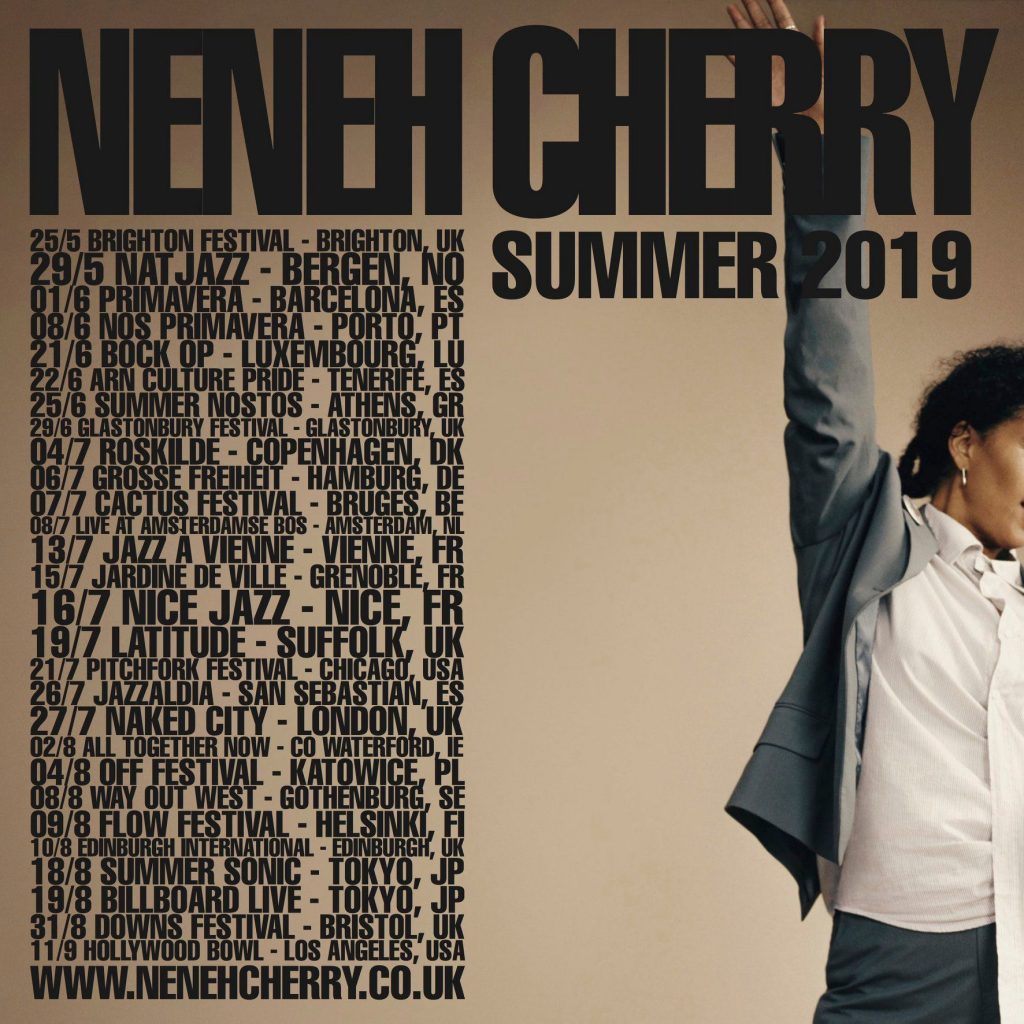 Neneh Cherry has never reinvented herself. She grows. She lives. She creates. She’s only just begun.

She’s a true artist that recognises genius visits all of us from time to time. She surrounds herself with the greatest talent from photographers and film makers, new artists and producers who share her muse. Especially the

This 55-year-old grandmother creates music that expresses her multi-faceted existence and her fearless curiosity. She’ll go further out there than others. Her latest video was shot in Beirut.

One could be cynical and say the music biz is just taking advantage of the silver dollar. Or the death of royalties is forcing old bands back on the road. There are certainly enough nostalgia tours hitting regional centres. They target demographics that only identify with the music they listened to in their youth. You know, the There’s never been anything good since a Flock of seagulls type 50-somethings.

Which is why those of us who have lived and breathed modern culture since the early days of pop culture need to get more boasty. We may not all have a house on the coasty. But we have skills that can only earned through life experience and a lot of practice. Mix that with the exuberance and imagination of youth and the world becomes a more magical place.