The thing that has surprised me the most since I started the Uninvisibility Project is that, almost without exception, everyone in the ad industry has said,

“It’s so refreshing to see such honesty.”
Or,
“I love your no bullshit attitude.”

So does that mean the rest of the industry is dishonest? That people are afraid to say what they think? Or do we only say what we think everyone wants to hear?

No wonder advertising is so bland.

But it’s not just the work.

I saw this post the other day and it made me see red. 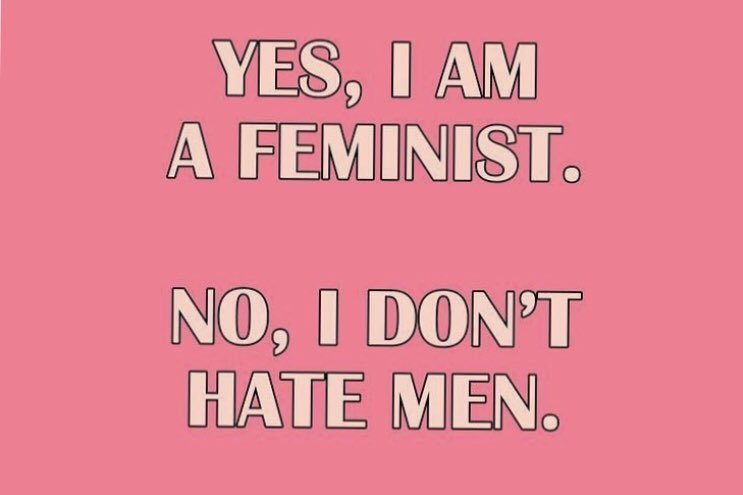 (Also, after so long in the industry I have to add with a very strong conviction #NotAllMen.)

I fully recognise that I am seen as a ‘radical feminist’ which is a massive improvement from ‘Fucking hairy-legged feminist’ which was how I was described most of last century.

Apparently it’s still a dirty word to young women. I was watching a documentary the other day when a young woman said, “The only people who identify as feminists are young men, because it makes them look cool.”

So, it’s not just Tinder where older men are creeping in on their action then.

Middle-aged admen are standing up in their droves to stand up for women.

My reaction? “Yip dee fucking doo, where have you been for the last 44 years? What do you want a participation medal?”

It infuriates me when privileged men (and a few women) who have profited from the patriarchy their whole lives become champions of feminism without a whiff of irony. Probably because there isn’t a woman in the room old enough to call them out.

One of the greatest gifts of becoming a mature experienced woman is the ‘unfuckability factor’. For the first time in your career, sex doesn’t come anywhere near your work. It’s just you, your experience and your ideas.

Look, it’s great that after 44 years of equality legislation men are finally supporting women’s careers. And we’re not going to get anywhere if women only vent in their echo chambers. So it’s fabulous that men are finally joining the conversation, but a little humility and recognition of complicity, however unintentional, would go a long way.

We don’t congratulate anyone for not being racist or homophobic, so why do we roll out the red carpet for men who declare they are not sexist?

I especially don’t want to see men making a name for themselves for talking about supporting women. I want men to actually support women. And not just the young ones.

Especially when last thing most fertile women want is for you to think that they hate men. They dance around your egos unconsciously giving away their power. They’re nice and there’s absolutely nothing wrong with that.

We know, we did it too. This may come as a surprise, but even us ‘nasty women’ still love men.

Because it’s never been about you. We’ve been trying to smash the patriarchy.

And it’s still not about you.

It’s for the young women who live in a paradise of equal opportunity, equal pay, maternity leave…you know the stuff that we were called horrid names for asking for.

Do they see us?

Let’s smash patriarchal career paths. 35 seems to be the sweet spot in most careers, you know, when men are at their peak.

Women have a different physiology. And it’s not just about having babies. Research shows that an older woman’s brain is almost identical to a young man’s.

Imagine the work of a 20-something creative with a lifetime of experience?

Imagine what life would look like if women actually looked forward to getting older knowing the best was yet to come?

And best of all, what if women could make major life decisions, especially about family, without fear of losing their place in their career.

But for that to happen it’s not enough for the old boys to become feminists.

They have to become fucking hairy-legged feminists and actually fight for something.

The do or die, tread on everyone and everything in an unstoppable trajectory to the top still leaves women playing on a slanted pitch with the sun in their eyes.

We need to bulldoze patriarchal hierarchies. And who better to do it than those who won the game by playing on the shady side of male privilege?